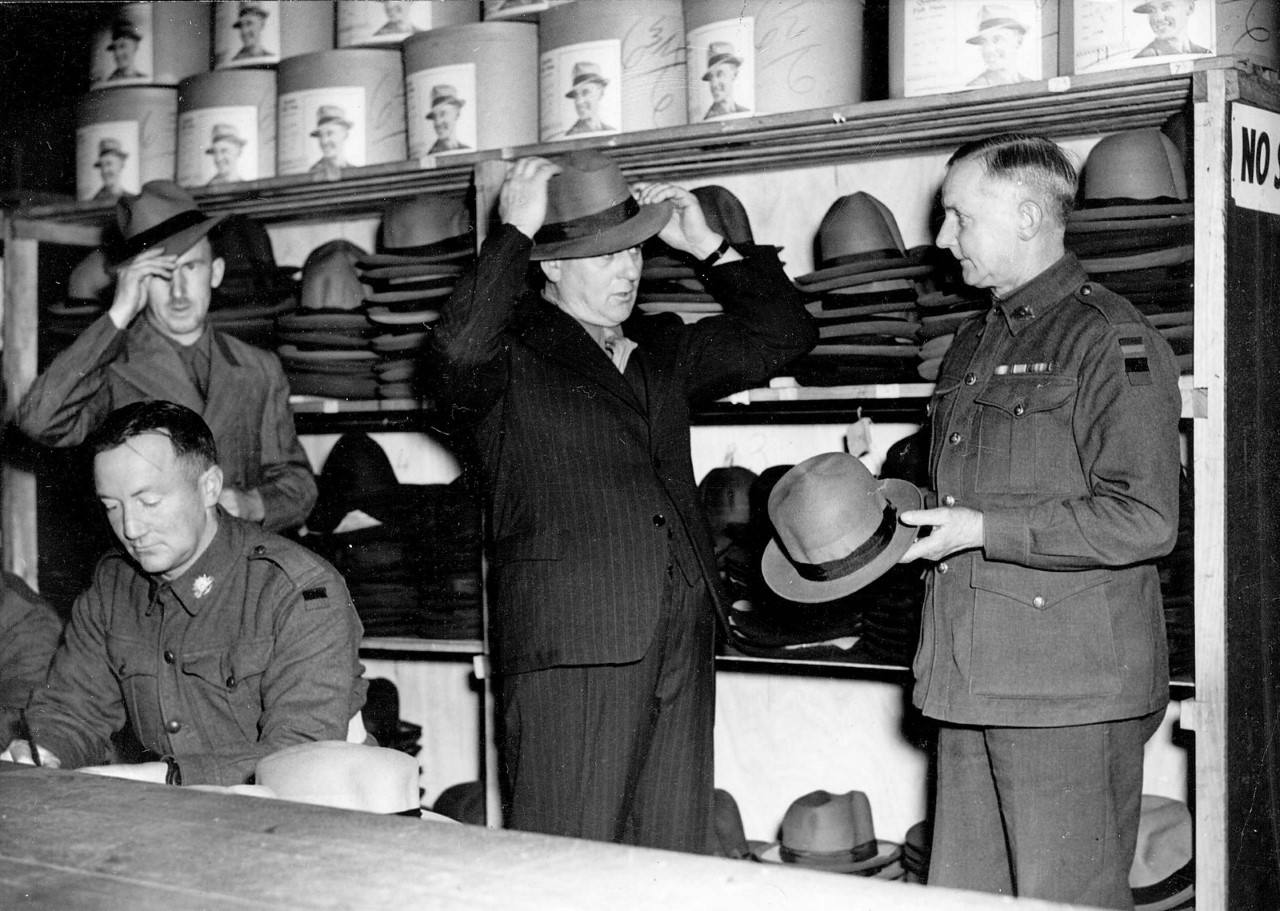 Suits that ‘Mark the Man’

By Lorinda Cramer February 17, 2022 No Comments

Our latest article, ‘Clothes Shall Mark the Man’: Wearing Suits in Wartime Australia, 1939–1945, has recently been published by Cultural and Social History.

I’ve written a couple of other posts for our website in researching this article. ‘Finding’ John Dedman’s Victory Suit is one; the other is ‘Streamlined For Victory’: The Victory Suit. To coincide with the article’s publication, I’ve also written a blog post for the UK’s Social History Society.

The article takes another step along our path to uncover men’s engagement with clothing and fashion across the twentieth century. In this case, we consider four men’s suits that date from 1939 to 1944.

We begin with a fashionable double-breasted suit photographed just months before the outbreak of war for the popular department store David Jones. We end with a ‘civvy suit’, so named to mark men’s return from war and their transition back to civilian life. In between we look at the ‘victory suit’ – the focus of my earlier posts – and the zoot suit, through the astonishingly flamboyant example worn by a young jitterbug to Sydney’s Trocadero dance hall.

Our close examination of these four suits places men’s attentiveness to their dress in the context of Australia’s Second World War home front. This was a location of cloth and workforce shortages, government intervention and patriotic consumption.

The suits, and the discussions around them, reveal both men’s anxieties and desires. Anxieties emerged around shortages, rationing and austerity measures – including the clothes styling regulations the guided the look and shape of men’s suits (but also other men’s, women’s and children’s garments). The ‘victory suit’ set the template for these styling restrictions: only single-breasted fronts were permitted, for example, in an attempt to save cloth.

The flagrant waste of cloth in the exaggerated styling of the zoot suit made two years later, with its baggy legged trousers and jacket so long it almost reached the knees, contravened wartime regulations. It revealed a desire for fashion, just as it underscored a moral contract for patriotic consumption – leading to widespread community outrage.

These are just four of the many suits we’ve looked at that were worn across the twentieth century, with so many more rich stories to be told.